“Stigmatisation of Greenlanders by medical professionals may be a serious problem. However, I don’t have the knowledge to write about it here, without determining Greenlandic experiences through the lens of my own colonially ingrained privileges.”

This is about a planning an article and about how plans sometimes need to change along the way. About coming to terms with the fact that an attempt to criticise a power dynamic may end up perpetuating it further. About how we, within global health, need to remember that the topics we write about in 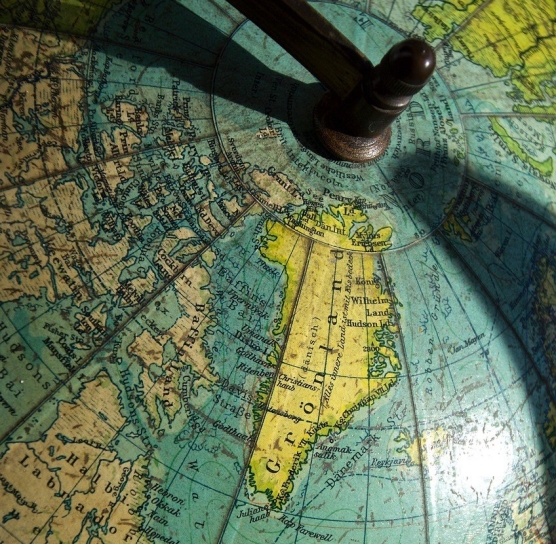 evitably trace back to real people and their wellbeing.

The original idea for this piece came from a report published by the Danish Institute for Human Rights in 2015. A survey among Greenlanders in Denmark showed that 11% had experienced name-calling, and degrading jokes from hospital staff- and 5% from a doctor- within the year leading up to the survey. Negative stereotypes connecting Greenlandic identity to alcoholism prevail, and appear to exist within the Danish health sector as well. Reading this report made me wonder whether such experiences make Greenlanders in Denmark less likely to seek healthcare when they need it. So, I set out to explore how negative experiences influence Greenlanders’ access to healthcare in Denmark and how it can feel to be stigmatised by a healthcare system.

My first step was to contact an acquaintance from Greenland, currently studying in Denmark, who founded an organisation dedicated to challenging stereotypes about Greenlanders. Never having been in contact with the Danish healthcare system, she could not provide any insight. After further discussion, it did not seem to be a problem she considered of high priority.

I then went to a talk about Danish colonialism in Greenland, hoping to get a chance to interview some of the Greenlanders attending about experiencing stigmatisation within the Danish healthcare system. Still, no stories. My deadline for this piece was approaching, and none of the people I had spoken to shared any experience of poor treatment in the Danish healthcare system. However, I still believed it was an issue worth writing about. The small sample of people I interviewed were in no way representative of all Greenlanders in Denmark, and I had the report backing me up with statistics More than one in ten (11%) experiencing stigmatising behaviour in hospitals is not to be ignored. Especially considering that such behaviour comes from professionals who are expected to provide care in a situation when people are most vulnerable and dependent on others.

At the same time, something from the talk about the colonisation of Greenland kept nagging me. A professor in decolonisation processes talked about how colonisation and decolonisation not only take place in the colonised territory, but are also mental processes occurring in the minds of colonised people and colonisers alike. Greenland has slowly been gaining independence from Denmark, but still has limited self-government; Denmark has sovereignty in terms of foreign policy, civil rights law, justice system, financial sector, and national security and defence. This clearly illustrates the complex power dynamics at play between the two countries. Power dynamics that shape thought processes and perceptions of Greenlanders and Danes. Colonisers gain some of their power through the privilege of being able to define the colonised; removing the voice of colonised subjects comes in handy, especially if you want to control them. Assuming that I, a white Dane, could write a worthwhile article about the stigmatisation of Greenlanders in the Danish healthcare system, in spite of having no personal accounts of it, illustrates this power dynamic. Stigmatisation of Greenlanders by medical professionals may be a serious problem. However, I don’t have the knowledge to write about it here, without determining Greenlandic experiences through the lens of my own colonially ingrained privileges.

“As the powerful voices in global health typically represent Western narratives, representation can be problematic. Not because is it difficult to represent people from (formerly) colonised regions, but because it is easy.”

Colonial power structures are relevant to global health. Not only because they affect health (e.g. introducing smallpox), but also because they seep into the mind and influence the way we think about certain health issues and the people they affect. As the powerful voices in global health typically represent Western narratives, representation can be problematic. Not because is it difficult to represent people from (formerly) colonised regions, but because it is easy. Easy to think you have the right and knowledge, and because structural and productive power dynamics support the words of people benefiting from colonisation by making their representation of the colonised inherently believable. In order to avoid feeding this power dynamic, representation requires care and consideration. Not matter how good our intentions, failing to be reflexive may lead to perpetuating a colonial way of thinking. We need to think about our own place and privileges before making claims, describing situations, and bringing attention to certain issues. Failing to do so may do a lot more harm than good.

*We acknowledge the inaccuracy of this map

Editor’s note: We, in the field of global health, must consistently reflect on our power and privilege. Crucially, we must also share the realisations we arrive at. Far too often, global health and more broadly, academia, forgoe humility in its endeavours, afraid to reveal our erroneous behaviours that stem from the almost intangible power structures that loom over us.  These experiences often provide a wealth of information which fall into the ‘void of mistakes’- rarely dissected and thus left out of the global health purview. Astrid eloquently describes her experience of wanting to write an article based on good intentions and academic resources, but with further analysis arrives at the conclusion that she is not in a position to do so. The article has now developed into something that is often undervalued by academics, young and old alike: a piece on reflexivity. We in the field of global health must discover the value of sharing these experiences to pave the way for a more equitable, decolonised discourse. If this article has inspired you or sparked an idea for a global health related piece, feel free to get in touch. We encourage questions and comments.

You can reach us at: