What do you imagine will be on your dinner plate in 2050?

You wouldn’t be far off if you are dreaming of juicy beetles, a succulent cut of lab-grown beef and ‘fresh-off-the-3D-printer mushrooms’. Thanks to advancements in technology, the future of food is evolving rapidly, and our wildest ideas are speeding towards becoming realities.

However, with population growth surging around the world, there is an increased demand for food. In relevance to the future predictions of climate change, we must consider the increasing strain on food output. In the not-so-distant future, global warming will threaten the way we produce our crops and diminish their nutrient quality; putting the health of communities at stake.  Is the future of food in 2050 still as exciting as you were expecting? We might have no other option besides a diet cultivated entirely with technology.

Globally, climate change related inequality between the richest and poorest countries is estimated at 25%, particularly because low-and middle-income countries (LMICs) have fewer resources to combat the pressures of changing weather systems. Global warming will impact all areas of the food chain down to nutrient absorption. Currently, food is cultivated and fertilised in balance with the carbon dioxide in the atmosphere. Although only short-term studies are presently available, there is evidence of a 15-20% reduction of iron, zinc and protein in staple food crops. In tropical areas, the increasing CO2 atmospheric content will have a disproportionate effect on the nutrition for communities in LMICs: for example, the bioavailability of protein in rice is predicted to decline by 7.8%. This would affect approximately 600 million people who rely on rice as a staple part of their diet. Furthermore, research predicts that diminishing soil and air quality will dramatically affect the quantity of food we need to eat in order to obtain the same level of nutrients. This reinforces the message that we need to focus less on expanding food production and instead strive towards conserving the nutrient quality of what we eat.

The burden of climate change on the food system will also transcend national boundaries. The constant demand for monocrops (continuous harvesting of the same crop such as corn or soybeans, beyond their seasonal availability) creates a dependence on international trade and levies which can influence food prices. Rapidly increasing temperatures can create surges of wildfires with devastating effects such as destroying crop yields. In 2010, Russia was the third largest global exporter of wheat before their crops were destroyed in wild fires, resulting in an increase in the global price of wheat. The subsequent chain of events led to riots in Mozambique, which has a strong reliance on Russia as a net food importer.  While climate change is of a great concern for every country, there will be global disparities amongst its effects across regions and different socio-economic groups. People from privileged backgrounds, primarily living in high income countries (HIC), will experience mainly greater inconvenience and an increase in the cost of food, while those with less means will struggle to access the staple foods needed in their diet.

With an unshifting government gaze geared towards economic growth, policies and investment promoting the health of the population and protecting our food supply are neglected. On an international scale, governments are creating financial incentives to encourage trade and increase the output per capita through agricultural expansion. Already, food waste and food loss account for a third of global food production, amounting to 8-10% of global greenhouse gas emissions. With such a large proportion of our food being wasted, it is essential to redistribute food and localise food systems. Furthermore, global warming not only threatens crops and pollinators, but the harsh and rising temperatures are also incompatible with prolonged physical labour in temperate climates. Many small farmers lack the income to invest in the efficient machinery needed to meet demands to generate more food. This consequently leaves them susceptible to big agri-industry buy out. Supporting smaller farmers is necessary to put the focus back on biodiversity and environmental stewardship in our food systems. 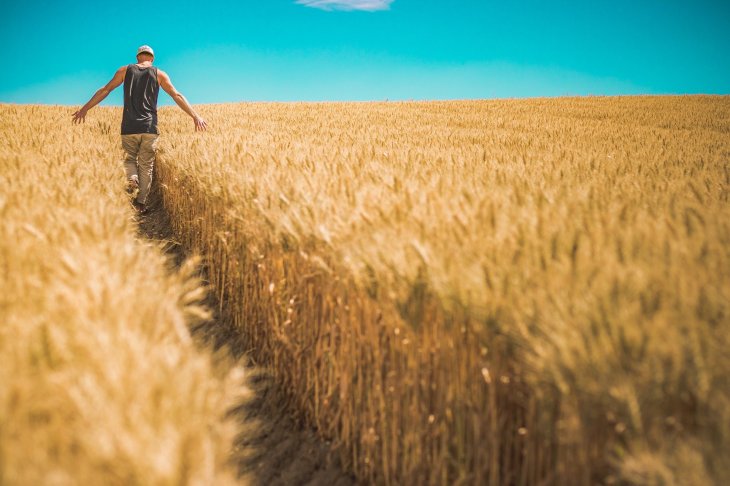 Empowerment is a key underlying factor in lifting communities out of poverty and providing people the dignity of purchasing their own food. Empowering female farmers can result in a 20-30% increase in the yield of crops if women are provided the same resources as men; this in turn can lead to a 12-17% greater reduction of hunger levels in a community. This sheds light on the concept of the ‘right to food’, allowing for individuals to provide for themselves rather than a system based solely on food provision. Current policies need to be re-evaluated in order to address food insecurity risks amongst LMIC, such as reduced protein sources and increasing prices on account of rising greenhouse gases. There is potential however, for a symbiotic relationship between the private and the public sector as they can work towards unified goals to improve people’s health and the state of the planet.

Although many of us find the climate crisis daunting, the efforts of climate activists around the world are beginning to drive action. We can already see a shift in transparency within the food industry and increased motivation on behalf of some countries as younger generations shake up the world to change the ways we grow our food. In October of this year, 14 cities declared to work towards sustainable food policies at the C40 Summit in Copenhagen. These cities pledged to align their public meals to a sustainable and nutritious standard and reduce food waste by 50% come 2030. While 14 cities might not sound like much, recent research suggests that certain countries can have a greater impact on climate change mitigation through their food production, with the greatest impact coming from HICs adopting plant-based diets. To be effective, the response to the climate crisis must be contextualised within each country, taking into consideration local availability of different crops as well as cultural norms around food.

The future of food is shifting rapidly before our eyes. We might not be able to afford a sustainable and healthy 3D-printed meal for every family by 2050, but let’s not forget the global action that’s growing in response to climate change. The food industry is evolving so that chefs are considering soil health in their cooking, and small businesses are gaining traction through local food system support. Future policies need to be directed away from silo thinking and interlink the current environmental crisis with population health in a local context. In order to be able to choose what’s on our dinner plates in 2050, we need to act now.